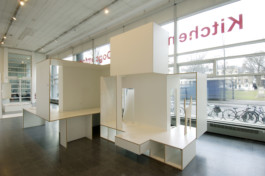 Built Sketches is a series of three-dimensional 1:1 installations built as abstracted fragments of a larger architectural concept. Shown in the exhibition Kitchenshrine & Dogcomfort, (Brighton 2006, Cologne 2006, Weimar 2008), Built Sketches act as a pars pro toto for an architectural concept that is derived from everyday situations. On one hand the installations appear specific and customized, seemingly translating particular everyday situations into a spatial construct, on the other hand the variety of scripts attached to the installations alludes to the inbuilt openness of the structure that invite the visitor to use the structures in a variety of ways and appropriate them and confront them with their own scripts. Built from an everyday building material, readily available in DIY stores across continents, Built Sketches remain in a realm that is detailed and specific whilst at the same time appearing abstract and vague, inviting a multitude of stories and uses. The pieces interpret and test whether an architectural concept that derives from specific spatial practices can be abstracted enough to remain a reservoir for new scripts and appropriations. They showcase what an open-ended, continuously evolving architecture might look like. Their fragment-like structure alludes not to one dwelling but leaves room for interpretation to mentally construct a diversity of spaces that inhabit the gaps in between the built fragments. In analogy to oversized sketches they are at once specific and vague, constituting a hybrid between over-customization and abstraction. Details engraved into the fragments provide ghostlike glimpses into possible occupations and appropriations, whilst remaining oblique, empty and unscripted in other areas. 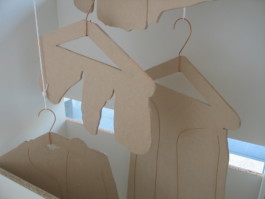 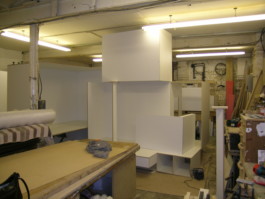 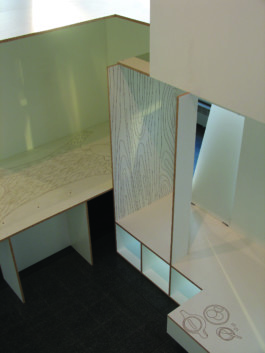 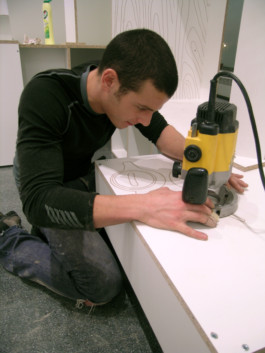